According to a new international assessment featured in the British news, global warming has reached a point of no return, resulting in severe drought, crop failure, and water scarcity.

A task team of prominent politicians, business leaders, and academics has laid out the timeline for climate-change catastrophe. They anticipate that within ten years or fewer, the disastrous point of no return will be reached, according to The Independent newspaper. The new report, titled ‘Meeting the Climate Challenge,’ is timed to coincide with British Prime Minister Tony Blair’s pledged efforts to push climate change legislation this year as president of both the G8 group of wealthy nations and the European Union. The Institute for Public Policy Research in the United Kingdom, the Center for American Progress in the United States, and The Australia Institute collaborated on the report.

According to the report, the danger point would be reached when temperatures increase two degrees Celsius over the average global temperature in 1750, before to the industrial revolution. However, it notes that global average temperature has already increased by 0.8 degrees since then, with further increases planned; hence, the globe has little more than a single degree of temperature latitude remaining before reaching the critical point, the paper stated.

The paper stated that the effects of such a rise might include widespread agricultural failure, water scarcity and severe droughts, increased disease, sea-level rise, and forest loss. The researchers analysed the carbon dioxide concentration in the atmosphere at which a two-degree increase becomes inevitable and determined it to be 400 parts per million (ppm) by volume of CO2. The current level is 379ppm, and it is increasing at a rate of more than 2ppm per year. “An ecological time bomb is ticking,” said Stephen Byers, a former British transport minister and close Blair supporter who co-chaired the task force that produced the study with Republican Senator Olympia Snowe of the United States of America.

According to some, this is government scaremongering. There is no imminent danger. Temperatures typically fluctuate around the world, and in the Middle Ages, the average temperature was three degrees higher than it is now. Additionally, they assert that there is overwhelming evidence that carbon dioxide does not contribute to global warming. Indeed, data indicate that carbon dioxide levels do rise in response to rising temperatures, but only after many years. That is because the majority of carbon dioxide is created by the sea, and warming the sea takes decades. CO2 has NOTHING to do with global warming!

The world’s temperature rises as a result of solar activity. It is caused by the sun, and our current climate is not unique in the earth’s history. Neither is there an impending danger? Temperature rise is expected to be relatively gradual and is unlikely to exceed even ONE degree Celcius by the end of the century.

And you can continue flying to exotic locations because the clouds created by aircraft condensation trails really chill the air! They reflect the sun’s heat. This was amply demonstrated following the “nine-eleven” incident. For three days, flying was prohibited in the United States, and during that time period, the average temperature in America increased by three degrees before falling back to normal when flights resumed.

While it is true that flying and driving automobiles contribute to air pollution, this is irrelevant to this issue. Vehicles, humans, and the well-publicized burping cows all contribute insignificantly to global warming. At least 90% of it is due to the sun’s activities.

Nothing we do will have a discernible effect on this natural occurrence. The best course of action is to increase aircraft flight and generate vapour trails.

Carbon dioxide has a number of beneficial properties for the environment. It enhances food yields, which is necessary if we are to feed the world’s ever-growing population.

Why would governments intentionally mislead us?

They lied about Saddam Hussein’s “weapons of mass destruction” and the supposed terrorist threat for the same reason. The straightforward reason is control. Governments can coerce us into doing what they want if they convince us that a serious enough threat exists. As a result, they instigate wars, invent fictitious threats, and “Global Warming.” In this manner, they can increase our taxes and exert greater control over what we do, what we eat, what we drive, how far we may drive, and many other excuses and fabrications.

This renewable energy source is extremely efficient and has a low impact on the environment. Wind energy is created by wind turbines and supplies a substantial amount of electricity to commercial and residential buildings. It has an average efficacy of roughly 30% but has been reported to reach 50% [1].

While wind energy is weather-dependent, when there is insufficient wind, a turbine will not spin, implying that no energy will be generated because the generator is not powered. Wind energy is incredibly efficient if there is enough room and a windy place to instal a field of massive turbines.

Wind energy production and operating expenses account for more than 60% of total expenditures, with the key components being steel, copper, and concrete, all of which are abundant [2]. This brings wind energy’s cost down in contrast to other kinds of electricity.

The world has relied on this kind of energy for decades. Hydropower capacity on a global scale reached 1,308 gigawatts in 2019 [3]. Hydropower is used to generate energy by utilities worldwide because it is simple to store, economical to dispatch, and creates electricity without the need of fossil fuels. It does not produce the same amount of pollutants as fossil fuels such as natural gas or coal.

The energy generated by moving water (rivers, streams, and ocean tides) accounts for 7% of total electrical production. By harnessing the flow of water, dams built on rivers generate hydroelectricity.

After power is created, it is distributed via transmission lines to homes and businesses. Despite its high efficiency and reliability, hydroelectricity contributes significantly to river pollution and aquatic species extinction. Additionally, drought can have an effect on the hydroelectric power generated by rain-fed rivers. 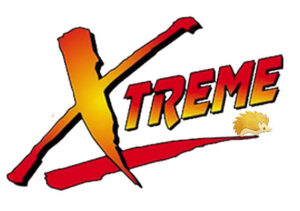 Solar energy generation is one of the most quickly commercial renewable energy sources since it is a naturally occurring source of energy that produces enough energy to meet the world’s energy needs. By harnessing the sun’s rays, solar energy may be generated. It is absolutely non-polluting and is excellent for both residential and commercial use. Solar panels are extremely low maintenance, and the most come with a 25-year warranty. Solar energy’s only disadvantage is that it is weather-dependent due to its reliance on sunlight.

Geothermal energy is another renewable energy source (heat from the earth). Natural hot water exists beneath the earth’s surface at varying depths and temperatures. Steam is transported to the surface of the earth via deep wells of a mile or more into these subterranean reserves for use in a number of applications including electricity generation, cooling, heating, and other direct uses.

The Geysers are home to the most geothermal facilities. Geothermal field in northern California. It supplements its water supply with recycled wastewater. Geothermal energy does not require fuel, which makes it less sensitive to variations in energy prices; but, capital expenses, particularly drilling costs and the significant financial risk associated with discovering viable geothermal sources, are its principal constraint.

This energy is produced by a process called nuclear fission. A nuclear reactor creates more energy than any other source of nonrenewable energy. Nuclear energy has the highest capacity factor of any energy source, at 93 percent throughout the year [4]. Nuclear power plants are easy to maintain and can operate for extended periods of time without needing to be refuelled. According to the capacity factor, two coal or three renewable energy plants with a combined capacity of one gigawatt are required to replace the production of one nuclear reactor.

While other new forms of energy have been produced, the ones listed above are the most efficient and effective. These new energy sources have the potential to supply our energy demands while drastically lowering greenhouse gas emissions.

We Are Committed To Protect And Enhance Our Environment

What Do We Offer?

A Different Way, An Honest Way …

We Are The Saviours Of Plants

Brought To You By : https://www.intrepid21.com/